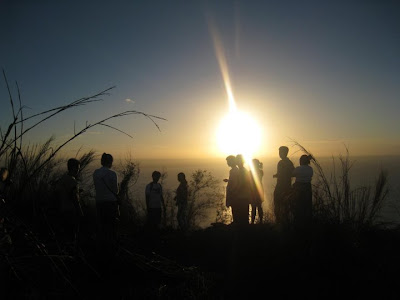 This is my fifth activity with this group, I’ll still remember my first which is the endless walking adventure in Mount Ugo August of last year. BAROC or Barkadahan Adventure Recreaction Outdoor Club will celebrate its 2nd year anniversary and what a way to enjoy it but to the proximate island from Manila. Total of 37 participants joined and the group is heading to Talim Island in Laguna De Bay where a towering Mount Tagapo is standing with 360 degress view of Laguna, Quezon, Rizal and Manila.

Our journey will start with a one-hour boat ride from Binganonan port to Barangay Janosa. At 9:00AM, we started boarding and from there, our banca rolled-out to this gigantic bay where still calm welcomes you and also beautiful rock formations on the left side while fish pen enclosures on the right. 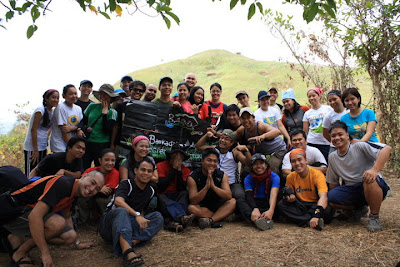 We registered at the barangay and while waiting for our designated trekking start time, some strolled, some played color game while most rested at the accommodating town hall. We had also our lunch there. During our stretching session, we were accompanied by a lively music and then it switched to a solemn one during our prayer. It was timing in sync to what we are currently doing. The trek was a maze for all us and it was all about finding ample shade to battle the sun’s heat. The normal two hours was extended to another 90 minutes of walking and resting. Step by step, we reached the fired campsite at 4:00PM. It was a huge campsite but most areas are charcoal-ed so we had to squeeze everybody. 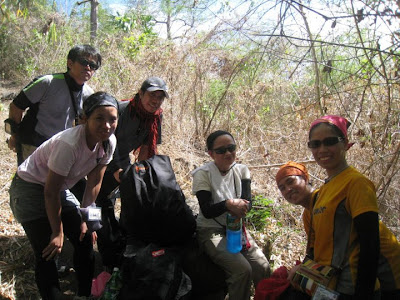 After resting and pitching our tents, it is now time to hike and enjoy the sunset view in the summit. Circling your eyes in this summit, you will see diverse illustrations from mountains, fish pens, and buildings. You can see the skylines of Manila covering Eastwood, Araneta Center, Ortigas, Makati and The Fort. 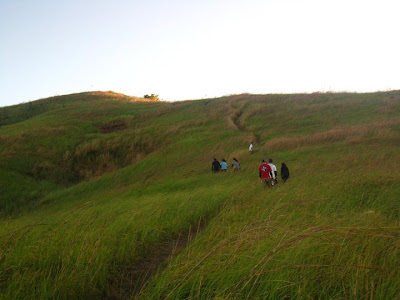 Down, down, down after the group shots and time to start cooking. After our calculated dinner, it is now time for socials. It started with the usual “introducing part”, then it was time for the invites to shine. As the group said, these set of invites were the elite circle of talented ones. The next was celebration and greetings for the March birthday celebrants where they also shared their talent and also brownies. The group did not push thru with the games because of space constraints. Including the extended socials, we turn-off the lights at 12MN after the ghost stories section of the chairman. We did not experience an all-throughout cold weather. 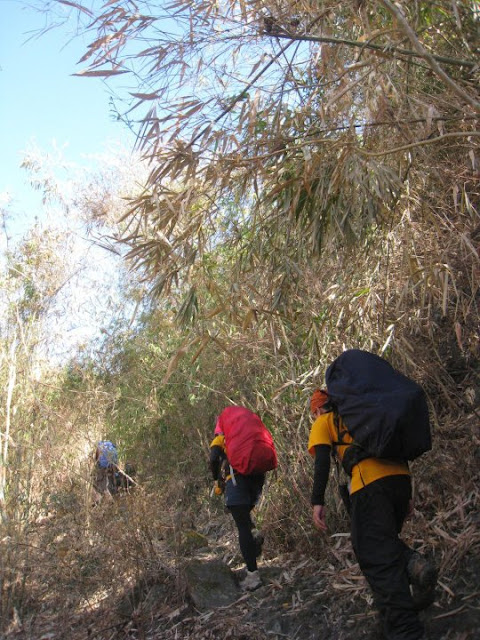 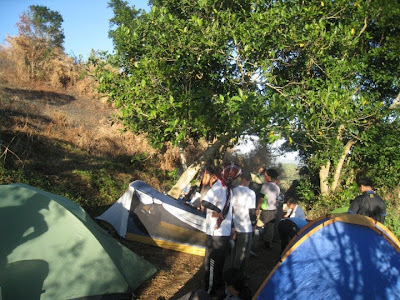 Our downhill approach is scheduled at 8:30AM, we had an early wake up and then prepared for breakfast. Along the way, we organized a mini-clean up drive also. We reached the town hall at around 10:00AM. Some rested, some took turns in the poso to freshen up. And what a way to refresh, buy the best seller, “Iced Sago’t Gulaman”. 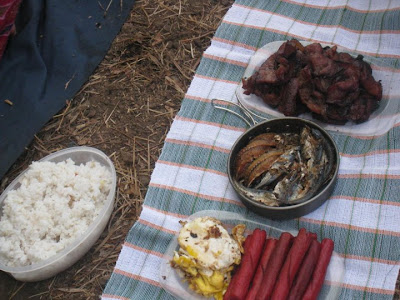 We were back at the port nearly 01:00PM. Some had lunch while others went straight home. 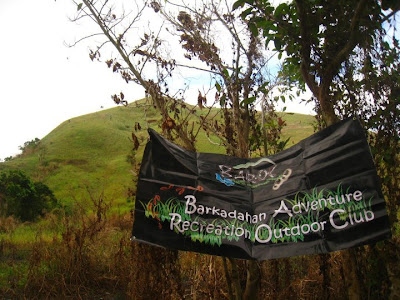 It was a successful and simple anniversary climb. More Power to BAROC! 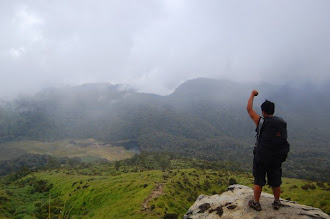